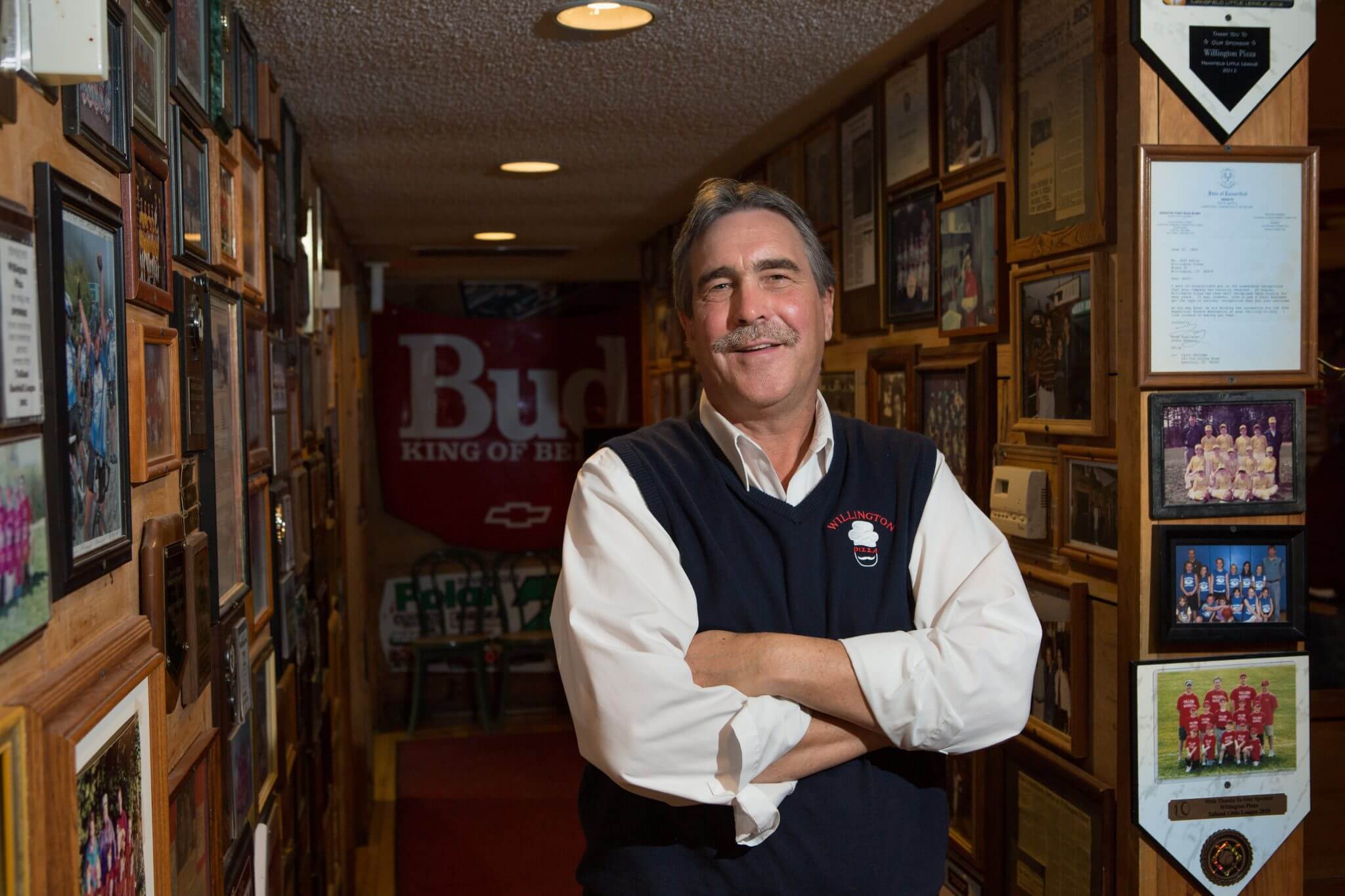 Willington Pizza was opened in 1978 by Jeff Kelly. The original restaurant had 4 tables and was basically run as a one-man operation. By 1981, Willington Pizza outgrew its original location and moved to the location where it is currently located. Since then, the restaurant has continued to grow and can now sit over 200 people. In 1988, Jeff opened a 2nd location,Willington Pizza Too, offering the same great pizza with slightly different menu. Both restaurants have received numerous awards and recognition, from Connecticut Magazine to Good Morning America, to the New York Times.